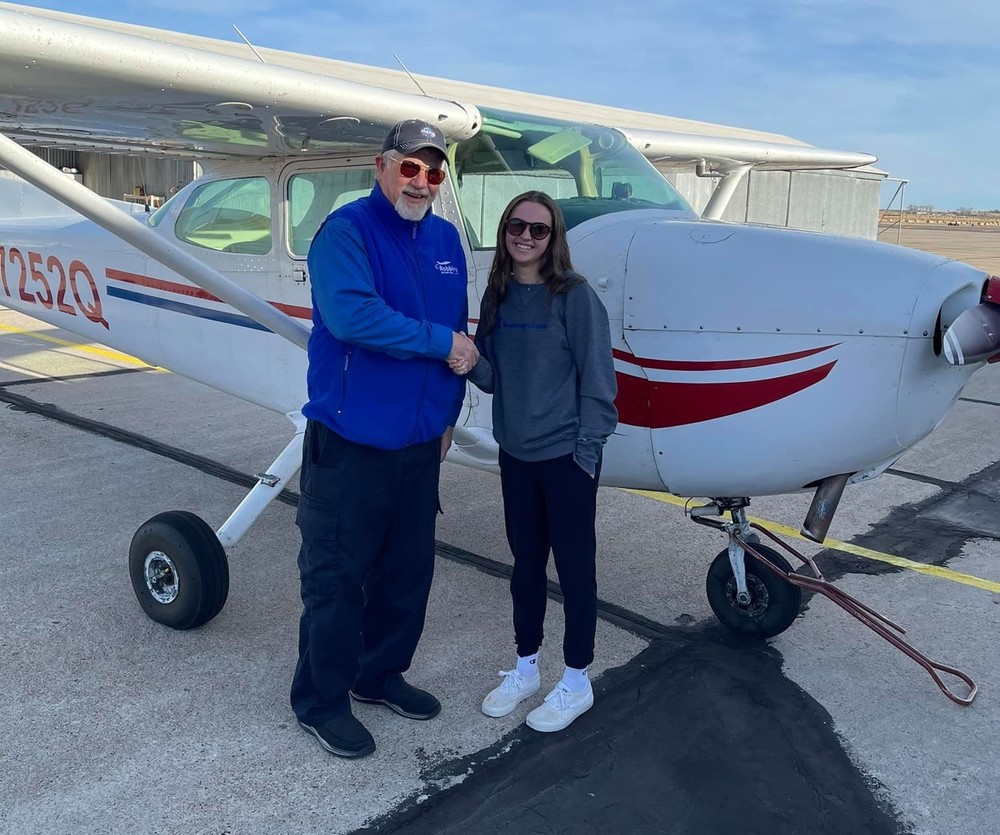 <January 10, 2022- Gering, Neb.>
Gering High School was awarded a $500,000 Federal Aviation Administration (FAA) grant to expand the new Aviation Career Pathway. The FAA Aviation Workforce Development grant is an opportunity created under Section 625 of the FAA Reauthorization Act of 2018. The goal of the grant program is to "educate the next generation of aviation professionals across the United States in rural, suburban, and urban areas," according to the grant website.

The grant will infuse the aviation pathway with curriculum and advanced simulation technology for both aircraft and drone operation. Additionally, it will provide students an opportunity to train and work toward completing their private pilot's license requirements.

"We are honored to be able to expand the possibilities to motivate and inspire Gering students," shares Wiese. "We've already developed great partnerships within the aviation community and we look forward to growing those connections," he continued.

Of the 16 Aviation Workforce Development Aircraft Pilots Grant awarded, only four were designated to public school districts. Gering High School Interim Principal, Mario Chavez shared that it is a testament to the innovation and strength of STEM education at Gering Public Schools.

The FAA Grant award isn't just a win for Gering High School students. It also creates outreach and education at the elementary level and exploration opportunities for junior high students.

"Being awarded this grant provides a boost to promote the industry and program, getting more students excited and involved," shared Moser. "We're thankful for this awesome opportunity."

Media inquiries can be directed to: